Landscaping can make or break your home’s appearance and with such an important decision, it can often be difficult for a customer to find a landscaping company that they can trust to make their vision come to life

So what makes a good landscaper and what should you expect from your first landscaping project? This blog contains two major misconceptions that end up getting swept under the rug to only be discovered when it’s too late.

The misconceptions that people generally have with landscaping projects is that they’re usually twofold. The first misconception being that many people are somewhat shocked at the prices of things.

For example, someone will want a fire pit in their backyard and assume the total cost will only be a few thousand dollars. If they want a gas fire pit that runs from the house to the fire, have it inspected, and have it pressure tested, it’ll likely come with a hefty price.

Many will miss these layers of work, which is how the end result cost is considerably higher. For a project like a gas fire pit, safety is a big concern.

Even in the event that such a project was done at a low price elsewhere, it doesn’t mean that it is up to code or safety precautions were cut for the end result.

A homeowner may have a contract and run a two inch deep gas line from their house through the grass, through a mulch bed and to their fire pit.

Such a project done this poorly can become a major fire hazard for the homeowner, and their surrounding neighbors. Do people tend to be too wishful with their landscaping project?

So given these scenarios, the main misconceptions people have regarding landscaping is the lack of knowledge in the detail involved and the estimated cost of a project.

What part does the budget play in people’s expectations?

Does expensive landscaping mean better results? Not necessarily, but if they’re going above and beyond the call of duty to make sure that the landscaping project is safe, up to code and the homeowner is happy, one can rest assured that their money is being well spent.

Making A Deal That Works for Both Parties

A fire pit with all the bells and whistles might be considerably more difficult to attain due to pricing, city codes or layout of a property, but a professional can still find a middle ground for both parties.

By elaborating on how such a project might not be possible, it’s always helpful to have a backup plan in the event such an idea won’t work.

For example, having a brick pizza oven can be very luxurious and unique, a good landscape designer will find out how many times you will be using the oven to be sure you aren’t being too frivolous with your budget.

Two of the major setbacks are size of the project or budgeting. Both of which can be fine and are sometimes capable of being worked around as long as they can remain safe, operate properly and maintain longevity throughout its use. Landscaping Tip: How Should One Go About Selecting A Landscaper?

Selecting a landscaper for a project brings up a few concerning questions: Should a search be conducted based on the project one wants done or should it be searched by location?

As far as searching by project, having a landscaper who specializes in patios work on one’s deck project is suggested. This way one can be assured the project is up to code.

As far as location, such data isn’t a major factor that can make or break a project. However, it is the landscaping issues below that should be of significant concern.

Thankfully, Sponzilli Landscape Group Inc. is here for all of one’s landscaping needs. Contact us today for further information. 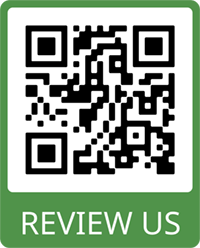